"How to use WhatsApp"

"WhatsApp" should be used by customers who cannot make calls.

Here we explain about the history of Thai traditional massage.

Please refer to the following.

We are a mobile Thai Traditional Massage 946.

Our shop is a shop that provides a mobile Thai Traditional massage to the hotel or home in the center of Tokyo.

It is a mobile massage specialty.

The central Tokyo area is a mobile working area inside "JR Yamanote Line", and this area is free of transportation. Other than that, transportation costs are optional.
For details, please refer to "Working Areas".

About the fee of a mobile thai traditional massage from here.For details, please refer to "Fee".

Please feel free to contact us from the following, such as questions, inquiries, and reservations. 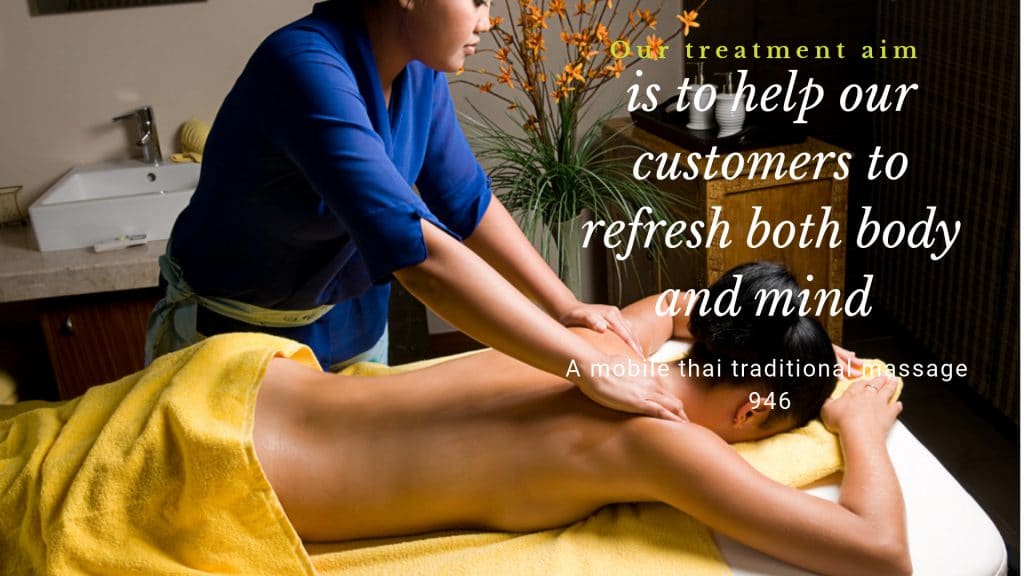 ❶ About the history of Thai traditional massage

An introduction to the history of Thai traditional massage.

About 2500 years ago, it is said that Dr. Shivago Komarpaj (Shivaka Gomarabat), an Indian doctor who is Buddha's doctor's doctor, is the founder.

There are two various styles of Thai traditional massage.

It is translated and known as "Thai-style massage" in Japan because of the old Thai massage.

It is "Thailand traditional medical massage" in a direct translation.

And Yoga and stretching are the main part of the massage.

That's a deep, full-body massage progressing from the feet up, and focusing on called sen which is energy lines throughout the body.

The aim of Thai traditional massage is clearing blockages in these lines, and thus stimulating the flow of blood and lymph throughout the body, which draws on yoga, acupressure and reflexology.

Historically, Thai traditional massage has been developed with Buddhism.

It is also called Buddhist medicine.

And, it is said that he used to treat using herbs etc. from that time, so it's probably because it's new and its quality is also appreciated.

It has been transmitted from royal families and monks as part of medical care.

The former is for aristocracy and royal family, and the latter has regional variations, and is what is generally known as Thai traditional massage.

Now so many students from the all over the world study at Wat Pho.

Wat Pho is the center of Thai medicine and massage in Thailand.

It was opened in 1955 as Thai Traditional Madical and Massage School.

It is also famous that the stone monument of Wat Pho (Thai-style massage total main mountain. There is also a school) has a detailed drawing of an energy line called "Sen" flowing in the body.

In addition, about 1,100 kinds of documents are left about examination of patient and preparation of medicine.

Thai traditional massage is thought to be able to make full use of its effects by well-knowing the connections between the body and stimulating sen (see below) linked to the place with the disease.

At that time, Thai traditional massage was not originally for relaxation and beauty as it is now, but first originated in Thailand as a medical treatment.

Although there is "TRADITIONAL", arranging incorporating Western modern medicine has also been done, and there is no technique of stretching in what was handed down to the court.

What is now known is a Thai-type intangible cultural heritage, a field of Thai-type medical care that has been restored and built with the backing of the Thai government as a border around 1980, and is regarded as one of tourism culture.

In recent years, countries other than Thailand are also popular as health laws and relaxation.

Through twists and turns, there is also a history of being lost at one time, but signs of resurrection will lead to the present at the "Thai massage reconstruction project" started in the 1980 s.

It is the fact that the spa became a representative tourist destination in Thailand since the first spa in Thailand in 1992, and now it is the background tourism resources of the tourism promoted by the Thai government as the core tourist resources.

Depending on its style, it is largely divided into two schools.

In the style of Wat Po Traditional Medical School (Wat · Po · Traditional · Medical · School: WTS), besides Shiatsu, it includes elements of stretching to extend the patient's arms and twist back.

There is no such stretching technique in massage.

Thai traditional massage is a popular massage in Tokyo, and in Asia and throughout the world now.

Thai traditional massage focuses on stimulating the energy channels of the body.

The whole body is massaged and reinvigorated.

You can get SPECIAL EARLY COUPON now.

After "SEARCH", confirm "Available coupons" on the corresponding page! "There" You will find out which coupons are available! !

CONTACT・・・Feel free to make reservations, ask questions, etc. However, it is recommended to make a phone reservation, as it may take a long time to reply.